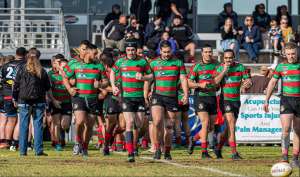 Ellenbrook will be playing ‘do-or-die’ rugby league for the second straight week when they take on South Perth
Credit: Rob Morrell

The Ellenbrook Rabbitohs and South Perth Lions will put their WA Smarter Than Smoking Premiership seasons on the line when they square off in an Elimination semi-final at George Burnett Park on Saturday.

With no margin for error for either side, the Rabbitohs and Lions enter the contest knowing nothing but a win will be good enough to keep their season alive.

That scenario will be nothing new for Ellenbrook, who defeated the Rockingham Sharks 32-26 in a ‘winner takes all’ Round 16 clash to book their spot in the finals during their inaugural season last weekend.

“All of the boys stepped up and did what they had to do and got us the win,” Ellenbrook captain River Colman said of last weekend’s performance.

“The boys have thrived off it more – I reckon it helps them play better.

“I’m hoping it will be the same this weekend and we can get another W.” 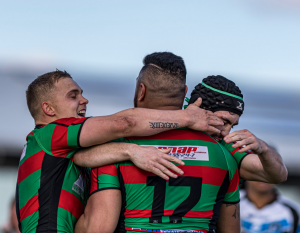 Colman, who has been one of the Rabbitohs’ most impressive performers in their debut Premiership season hopes his team can continue their journey with a win against the Lions.

“The boys have been able to get the job done no matter what team we put on that field,” Colman said.

“None of the boys have got their heads down thinking we can’t make Grand Final.”

Standing in their way will be a South Perth side who are no strangers to finals football – having not missed out on a finals series this decade.

“We’ve always tried to watch their games and learn from the way they play.”

The side’s last met in Round 14, with Nga Joseph scoring an after the siren try to hand the Rabbitohs a 26-22 win.

A repeat performance would be ideal, according to Colman.

“We can’t underestimate them even though we won the last game,” Colman said.

“That game made a world of difference – it changed our whole morale.

“It boosted the whole team’s confidence.”

The Round 14 win was Ellenbrook’s sole victory over a top four team this season.

In team news, Ellenbrook will be without last weekend’s two-try hero Jesse Rihari who is replaced by Carlos Warenti on the wing, while Payden Porter and Shaan Evans are also unavailable.

South Perth, meanwhile, welcome back winger Connor Hudson for the Elimination Final, with Cody Laughton stepping in in place of Dylan Estreich. 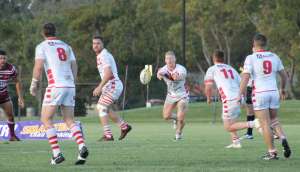 The game will be lived stream onto YouTube thanks to Cash Converters and Local Media Services Company.