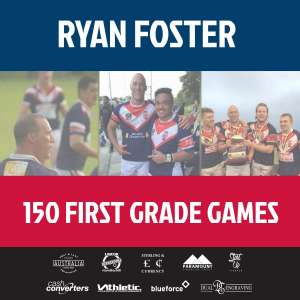 NRL WA would like to congratulate Fremantle Roosters stalwart Ryan Foster who will play his 150th WA Smarter Than Smoking Premiership game against the Willagee Bears on Saturday.

Foster, who made his Premiership debut for the Roosters way back in 2005 will captain Fremantle as they take on Willagee in Round 10 action at Webber Reserve.

With well over 100 Premiership points to his name over an illustrious career, Foster has established himself as one of the Roosters’ most recognisable and respected players.