The morning echoes…
60,000 fans cheered on the NSW Blues and QLD Maroons the night before…
But this morning its quiet… 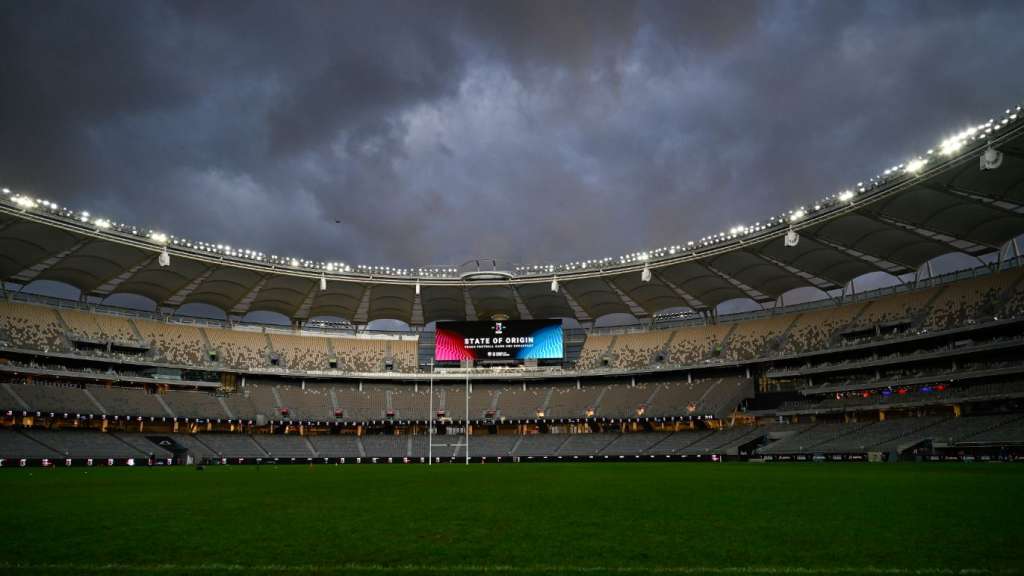 There are a brave few though. Who show up at Optus Stadium the morning after Origin.

They split into camps. One Blue. One Maroon.
And while the shoes are a bit older. A bit duller. The names not professional rugby league players.
This game has some real importance. 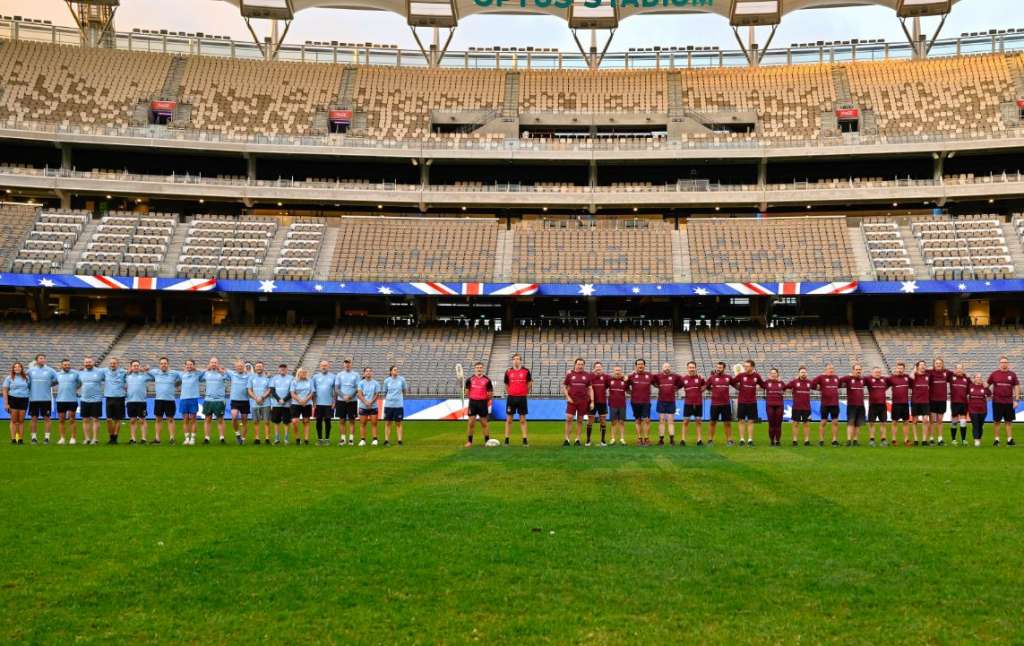 They leave their titles in the dressing sheds and run out onto Optus Stadium. Representing their teams. Not to applause. But to the laughs of their team mates and the select few who are watching.

NSW Legend Robbie Farah leads one team. Smiling as he runs out, Kennedy Cherrington follows him out, with her mobile phone in a position to turn this into a tik-tok. While John Wilson, head of participation, makes sure the big boss Andrew Adbo, doesn’t slip over on his way to the field. 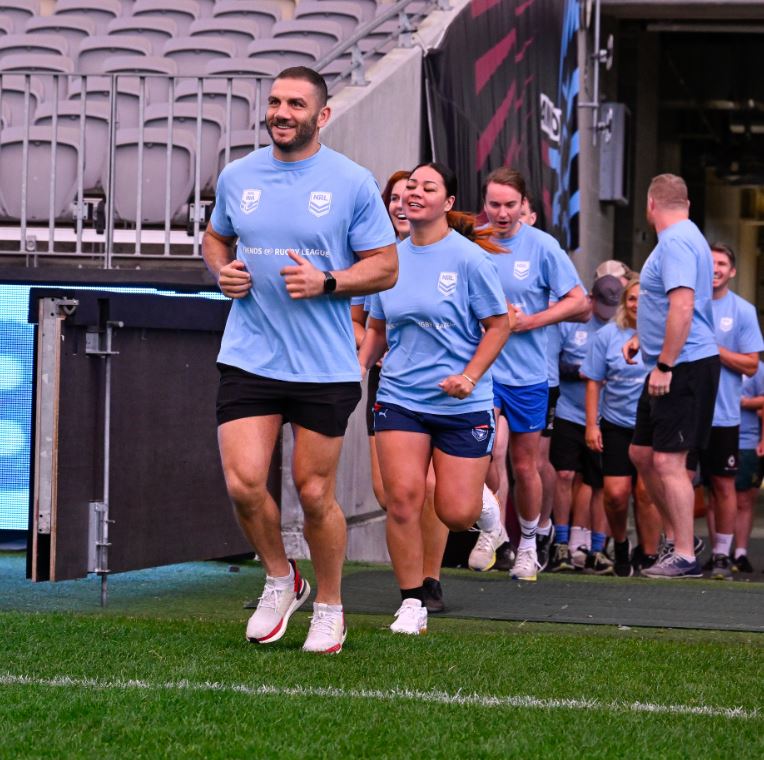 While the Maroons use last nights big loss as motivation, and rally behind favourite son Billy Moore’s “QUEENSLANDER” call. John Sackson, GM of the NRL WA pulls his maroon socks up and drinks in the quiet.
Deputy Premier Roger Cook sprints out onto the pitch, ready to get the game started. 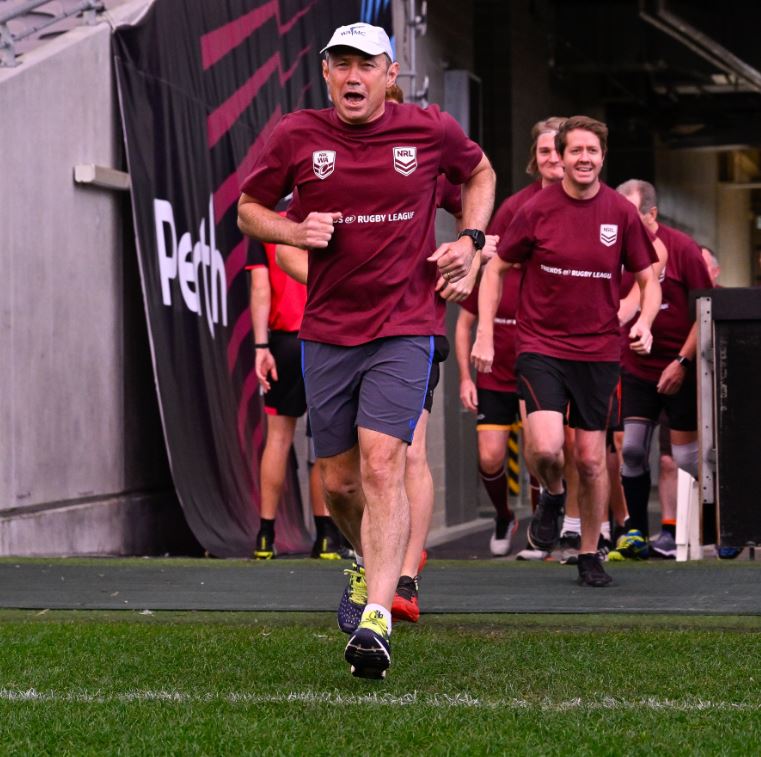 While the play is not as intense as the night before. There are no bone rattling hits. Or brilliant displays of speed.

But the game is still played with a healthy rivalry, and you can tell it still means something to the players.

But, there has to be a winner and a loser. And its the NSW Blues Friends Of Origin who are victorious at the end of the game. Making it an incredibly Blue weekend. 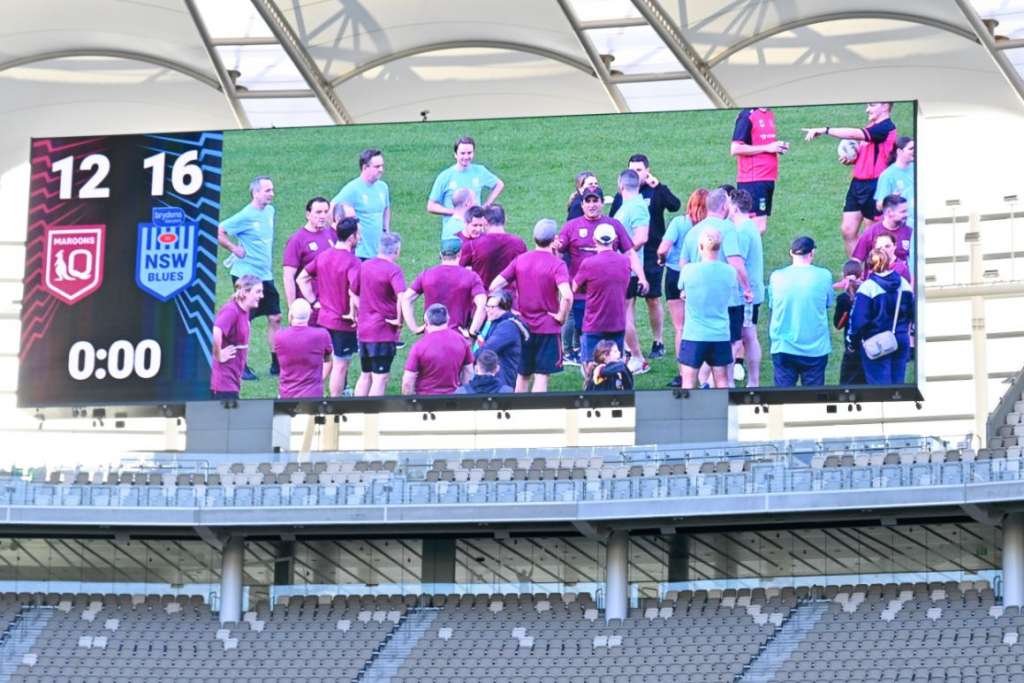 Friends Of Origin. The unseen, but important, Touch Football Game.