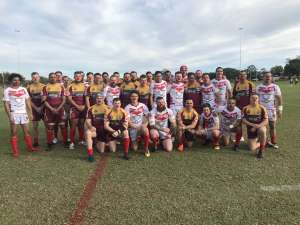 The Joondalup Giants and South Perth Lions will battle it out in Round 13 of the WA Smarter Than Smoking Premiership with plenty on the line.

Not only is the game a must-win for the Giants, who currently sit two points adrift of a spot in the final, but it also marks the third annual Red Nose Round fixture between the two sides.

Played as a way of raising funds and awareness for families who have been impacted by Sudden Infant Death Syndrome (SIDS), players will wear special red socks for the event.

The game came about after former Joondalup and South Perth figure Sean Manning lost his infant daughter in 2012.

Joondalup halfback Caleb Reedy says it is an honour to be part of the annual fixture.

“It’s a big occasion for both Joondalup Giants and South Perth,” Reedy says.

“We try and band together as a rugby league family and community.

“Any kind of awareness raised is always a good thing.”

To the footy, and the Giants are in desperate need of a win having lost six of their last seven games including a high-scoring 54-40 loss to the Ellenbrook Rabbitohs last weekend.

“It’s do or die for us this weekend,” Reedy said.

“We don’t want our season to end in four weeks – we want to be there at the business end.

“If we win this, the pressure goes not only on Rockingham and Ellenbrook, but South Perth to grab another win.” 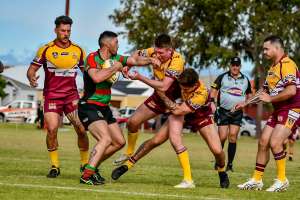 Reedy scored two tries in the loss to Ellenbrook and sits joint-top of the try-scoring charts with 14 alongside North Beach Sea Eagles halfback Jeremy Wallace.

“To be fair, I’d give a try or two of those back to get a couple of those close wins,” Reedy said.

South Perth, meanwhile, sit in third spot on the ladder and are coming off a 28-20 loss to the Fremantle Roosters.

In team news, the Giants welcome back Brenton Scot, Luke Turner and Levi Mitchell who come into the side in place of Sam DeFiddes and Connor Favell.

The Lions, on the other hand, will be boosted by the return of player-coach Isaac Thomas who has recovered from a broken leg which has kept him sidelined all season. 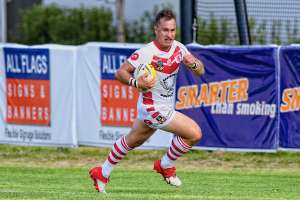 Thomas comes back into the fold alongside forward Tim Noble with the Lions keen to wrap up a spot in the finals.

In the competition’s other games, Fremantle host Ellenbrook, while the North Beach Sea Eagles take on the Willagee Bears.

The Rockingham Sharks, who handed North Beach their first loss of the season last weekend, have the bye.