Who is Ken Allen? 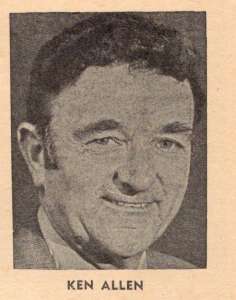 The Ken Allen Medal commemorates and pays tribute to the outstanding efforts and contribution by Ken Allen to the game of Rugby League in WA. Ken undertook various roles within the Fremantle Roosters Club and the league then known as WARL. It was Ken’s dedication and commitment to the game that saw him continue the proud history of rewarding and honouring the best player in the local competition when the award was renamed as The Ken Allen Medal.

Plenty of fantastic players have won this award, with Alec Lockley of the Fremantle club winning it a record 4 times. Kere Parata and Isaac Thomas are the only players to receive the award in back to back seasons, with Parata the only player to win the award with different clubs (Belmont & Fremantle).

We have also crowned dual winners 5 times, with the most recent being in 2019 when Daniel Green (South Perth Lions) and Jeremy Wallace (North Beach Sea Eagles) shared the award.