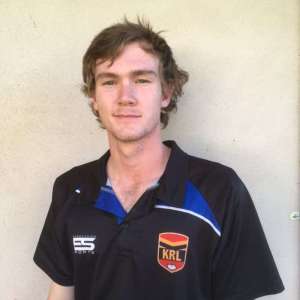 Kimberley Rugby League teenager Daniel Dietrich will trade regional WA for Darwin this week after being selected to represent the U18 Presidents XIII at the 2019 Australian Secondary Schools Combined Affiliated States Championships.

Dietrich, 17, says the selection came as a surprise having only started playing rugby league four years ago.

“I was excited but a bit shocked at the same time I was picked,” Dietrich said.

“It’s a great opportunity. I’m thankful that NRL WA got behind me.”

A pacy winger or centre, the Kununurra District High School student is one of nine WA representatives in the Presidents XIII squad.

“I’m looking forward to it but it’s a bit daunting at the same time,” Dietrich said.

The tournament will be a brand-new experience for Dietrich, who has been playing senior footy since he was 16-years-old due to Kununurra not having an under 18’s competition.

“I’m looking forward to playing against people the same age as me,” Dietrich said.

Dietrich will fly out to Darwin on Thursday 6th June before the Presidents XIII get their campaign underway the following day against the Northern Territory.

The Kimberly junior will play against his home state, WA on Saturday 8th June before wrapping up his tournament against Victoria.