Lions and Roosters face off in top three battle 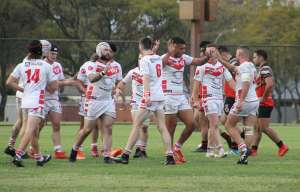 The South Perth Lions and Fremantle Roosters will put their hopes of a WA Smarter Than Smoking Premiership top-two finish when they face off in Round 12 action at George Burnett on Saturday.

The visiting Roosters occupy the all-important second-spot on the ladder – just two points ahead of their weekend opponents due to a superior points differential.

A Fremantle win would put them four points clear of South Perth and with just four rounds to go, would put Zac Speir’s side in the drivers’ seat to gain a second chance come finals time. 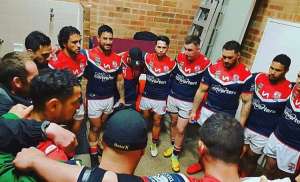 The Fremantle Roosters have won their last two Premiership games

Coming fresh off the bye round, the Roosters will be gunning for a third-straight Premiership win on Saturday and welcome back leading points scorer Bjorn Crotty and forward Tane Peakman who come into the side in place of Cameron Rupapera and Cassius Read.

The Lions, meanwhile, put in a strong team performance during last weekend’s 58-16 win over the Willagee Bears with fullback Will Smith and centre Connor Hudson both picking up their first hat-tricks of the season. 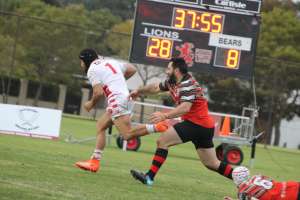 The young duo will retain their spots in a side that will be boosted by the return of leaders Daniel Green and Jarrad Smith who missed the Bears game.

Their return is a timely pick-me-up for a South Perth squad who will be without captain Eddie Proudler for the rest of the season through injury.

The sides last met in Round 5 with Fremantle claiming a 42-30 win.

In the competition’s other games, the fourth-placed Ellenbrook Rabbitohs host the fifth-placed Joondalup Giants in a game with serious finals implications while the in-form Rockingham Sharks take on the undefeated North Beach Sea Eagles.