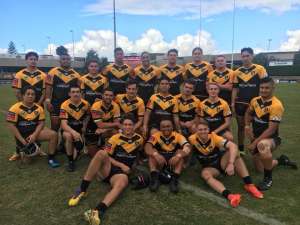 U18 WA State team coach Joe McGuire says he is hopeful his side can put their best foot forward during this weekend’s Australian Secondary Schools Combined Affiliated States Championships in Darwin.

With Victoria, Northern Territory and the Presidents XIII standing between WA and CAS glory, McGuire acknowledged the magnitude of the task his side will face.

“It’s going to be a big challenge – there’s no two ways about that,” McGuire said.

“For us, success will be the guys coming back better from the experience and better prepared to go on with their football.”

Despite finishing second with a 2-1 record during last year’s tournament, McGuire says he isn’t putting the burden of success on his playing group in 2019.

“I haven’t heaped pressure or expectation on this group – I want them to remain comfortable and relaxed,” he said.

Fullback Billy Judge and forward Luke Callan are the only returning players from last year’s side, with McGuire singling out centre Nicholas Riggs as a fresh player to watch out for during the tournament.

“He’s a big, raw sort of a kid with a lot of natural ability,” McGuire said of Riggs.

“Moving forward I think he’s going to be really exciting to work with.” 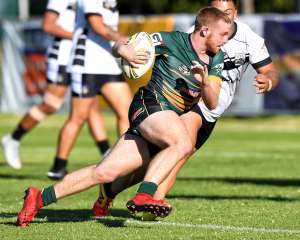 Billy Judge will be a leader on and off the field according to McGuire
Credit: Total Sports Photography

“Coming out of an SG program they’ll know what to expect in terms of the side of the game,” McGuire said.

“Hopefully that SG Ball experience stands them in good stead.”

WA get their tournament underway against Victoria on Friday before taking on the Presidents XIII and Northern Territory on Saturday and Sunday respectfully.

All of the games will be played at Marrara Stadium in Darwin.