New kids on the block ready to go all the way 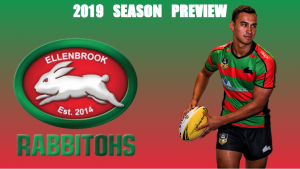 They may be the new kids on the block, but the Ellenbrook Rabbitohs are here to play in 2019, according to Player/Coach Jarek Goebel.

Just four years after formation, the Rabbitohs will enter the WA Smarter Than Smoking Premiership, with Goebel confident his side can cause some surprises.

“Going by our preseason games, I think we should be able to make some noise,” Goebel said.

“Hopefully that translates into some wins.”

After an impressive pre-season where they knocked off both the Rockingham Sharks and Joondalup Giants in convincing fashion, Ellenbrook believe they are genuine contenders heading into their debut season.

“I expect us to win this comp,” dummy half Bryce Wilson said.

“A lot of our team aren’t here to play and fill in the numbers – we’re here to win.”

Buoyed by a stack of new recruits, including try-scoring machine Kade Pearce, the future is looking bright for the Bunnies. 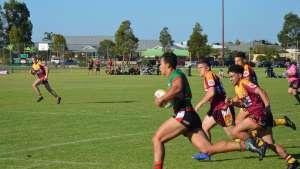 Kade Pearce figures to be one of Ellenbrook’s most dangerous players in 2019.
Credit: Ellenbrook Rabbitohs

“Going by the players that I’ve brought in and the reserve graders I’ve brought, I definitely think we can [make an impact],” coach Goebel said

Ellenbrook fans will have to wait until Week 2 to see their team in action when they travel to take on the Willagee Bears at Webber Reserve on May 11.

The Rabbitohs will host their first Premiership fixture in Week 3 when the Rockingham Sharks visit Charlottes Pavilion on May 18.