The U15 Schoolboys from WA touched down successfully in Brisbane very late last night, or early this morning.
While tired the boys were excited and ready to get to work and prove their wares on the national stage.

The ASSRL National Schoolboys will be held starting today, the 2nd of July till the 8th of July.
Being held at Moreton Daily Stadium, the home of the Redcliffe Dolphins (and the NZ Warriors until this week), the best schoolboy players in the country will be going head to head in the national competition.

See the WA U15s Draw Below – Watch live here, but unfortunately it is subscription based so will cost a small fee.

Depending on the pool games, WA will play again either on Thursday or Friday –

At Perth Airport we were lucky enough to run into staunch rugby league fan.

Perth Glory Goalkeeper Liam Reddy was on hand to wish the boys good luck. For those who don’t know, Liam is from sporting royalty and one of the general all round good guys. With the family growing up in an affiliated state, Liam became a professional soccer player (over 20 years), his sister Bianca a professional netballer and brother Joel played over 100 NRL Games. for the Eels, Tigers and Rabbitohs. Father Rod Reddy is a Rugby League icon, with over 200 games for the Dragons, played for Queensland and Australia. 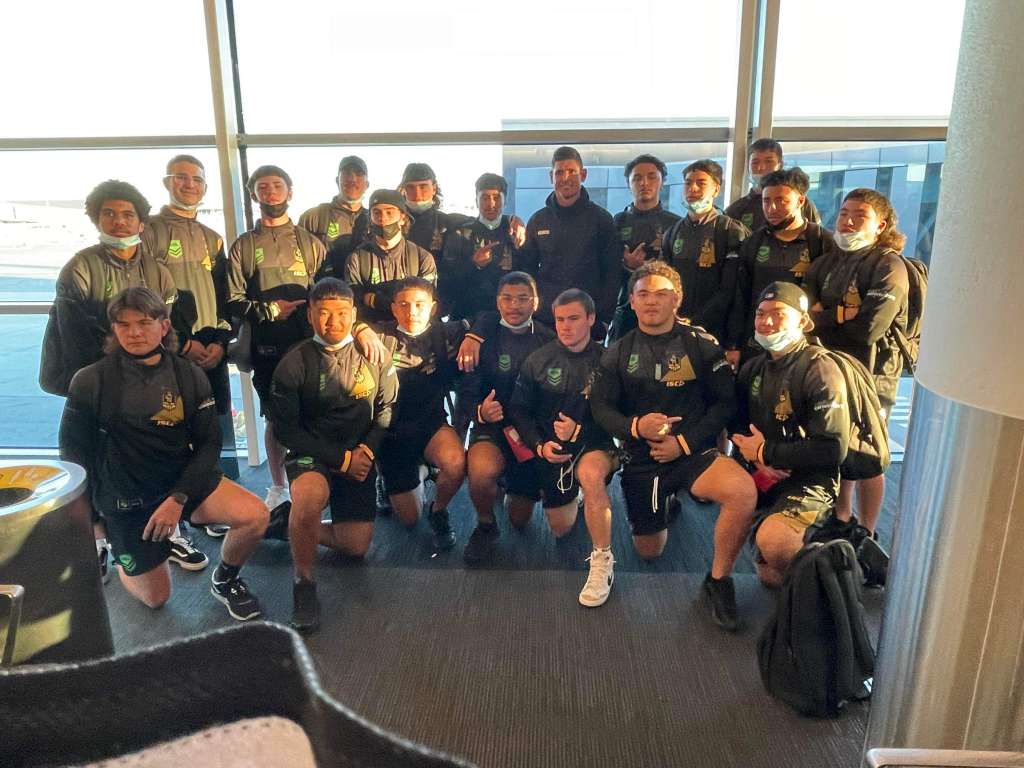 Thanks for your wishes Liam and everyone else back home.