The Ellenbrook Rabbitohs have completed a rare 3-peat with a powerhouse opening period setting the scene for a 16-8 win over a fast finishing Fremantle Roosters.

The Roosters, coming into this year’s decider as deserved favourites, were too slow out of the blocks with the Rabbitohs dominating the early exchanges in the contest.

In what was a scrappy opening, the Roosters just couldn’t seem to get out of their own area, and eventually Ellenbrook made them pay.

And it was youth that did the damage in the first half, with young Frieda Ah-Sam stamping her authority as an emerging talent with a bullocking run over 4 Fremantle defenders to open the scoring.

Leading 6-0, the Rabbitohs didn’t go into their shell, with Tiana Graham, who was a late switch into the halves and the player of the match, showing all of her talent with a beautiful lofted pass to Tiarne Barnett to score in the corner and continue to barrage. 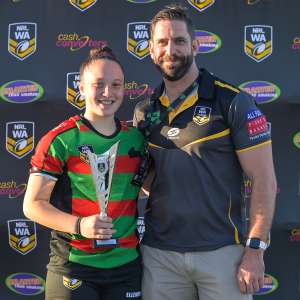 Although, the Roosters were not going to die wondering, and with their trademark shifting style, Rheanna Quan blew open the defence and scored a long range try just before half time to bring the game back to 10-4 at the break

After half-time, both teams came out looking to assert themselves, with tough defences forcing errors out of both sides. With Claudia Foster and Co trying to get back the ascendancy, they were continuously being turned away from the Ellenbrook line. And then the crafty Ellenbrook captain, Kailey Thompson scored what looked like would be the game deciding try. Jumping out of dummy half, the Fremantle defence was slightly too wide of the ruck. Converting her own try, at 16-4 it looked like the Rabbitohs had secured another title.

Fremantle’s never say die attitude was in evidence again thought, and Kateriana Horner looked like she had brought it back to a 6 point deficit when she broke free from a scrum, only for Paihau Pomare to come up with a match saving tackle just short of the line. Even though she was sent to the sin bin, and the Roosters scored the next set courtesy of Keisha Marshall, the difficult kick out with was unconverted and at 16-8 the Ellenbrook Rabbitohs had too much of a head start to be pulled in.

A big finish to the year from the Ellenbrook Club who maintain their status as the premier women’s club in Western Australia. 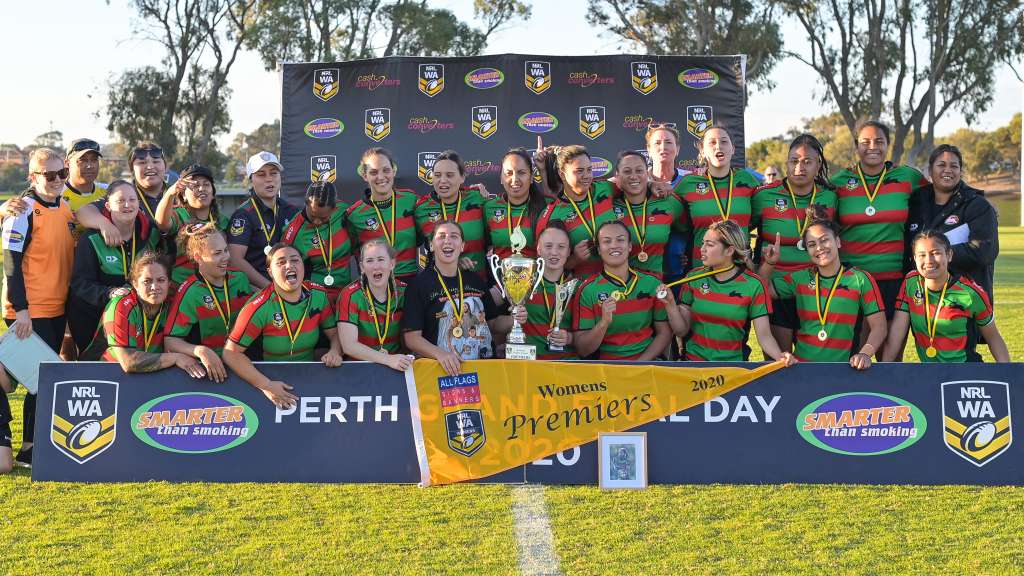 Old Tigers Out of Hibernation To Host NRL WA Masters

This Sunday, 29th of November 2020, a bunch of old tyros, has beens, also rans and some genuine premiership players […]