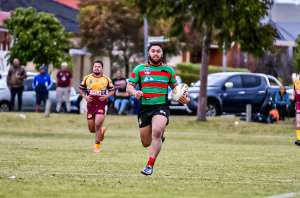 As we get towards the pointy end of the season, you can’t help but think that the Ellenbrook Rabbitohs’ WA Smarter Than Smoking Premiership Round 14 clash against the South Perth Lions is a must-win for the Bunnies.

The competition’s new-boys sit two points adrift of finals footy, but with the Rockingham Sharks – the team occupying fourth spot, playing their best rugby league of the season, this weekend’s game looms as a crucial one for the Rabbitohs.

With just three rounds to play, Ellenbrook could fall four points behind Rockingham with a loss on Saturday, and with fixtures against the Joondalup Giants and Sharks to come, things are getting serious for Jarek Goebel’s men.

Ellenbrook, who have lost three of their last four games will have to be on the top of their game if they want to overcome a South Perth side who are all but assured of finals football after defeating Joondalup last weekend.

With a firing backline of Kade McDonald, Connor Hudson and Harry Debique, the Lions will be confident of collecting the win at home despite dropping two of their past four games. 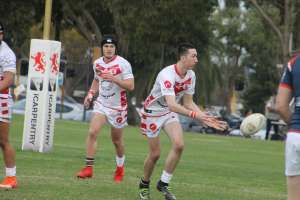 Kade McDonald has been in hot form for the Lions in recent weeks
Credit: Carmel Potter-Green

In team news, South Perth hand a Premiership debut to Benjamin Grace who has impressed in Reserve Grade, while Isaac Thomas retains his spot after making his first appearance of the season against Joondalup.

In the competition’s other games, Joondalup host an in-form Fremantle Roosters side gunning for a top-two finish while Rockingham will look to make it four wins in a row when they take on the Willagee Bears.