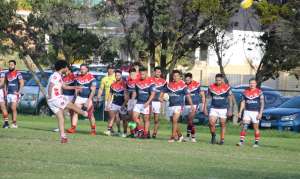 If the defending premiers, the Fremantle Roosters are to book their spot in the 2019 WA Smarter Than Smoking Premiership Grand Final, they are going to have to do something they haven’t done all year – beat the North Beach Sea Eagles during Saturday’s major semi-final at Blueforce Park.

After finishing the normal season in second position on the ladder, Roosters travel to take on the minor premiers, the Sea Eagles with both sides hoping to secure their ticket to the Grand Final at the first attempt and earn a week off in the process.

Fremantle Manager Zac Speir knows his side will have their work cut out for them, however, as they aim to emulate last year’s major semi-final where they defeated North Beach 28-18.

“We probably won’t dwell on last year and focus on this weekend,” Speir said.

“Beach are the side we’ve been chasing this year – hopefully we can beat them and get that much-needed week off.

“The past two years we’ve been lucky enough to get that week off and we’ll be doing everything we can to get it off again.”

The Sea Eagles are the only side the Roosters are yet to taste victory against in 2019 – something Speir wants to put right. 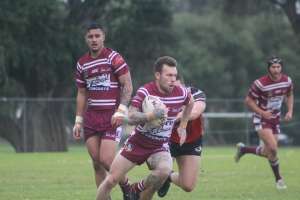 Fremantle are yet to defeat Trent Trotter and North Beach in 2019
Credit: Shelley Williams

“Unfortunately, we haven’t been able to conquer the Beach this year,” Speir said.

“We’ve got to play our game and give it our best nudge.”

Fremantle come into the fixture fresh from a week off after the Willagee Bears forfeited their Round 16 clash, while North Beach have won their last three games including a hard-fought 22-16 victory over the South Perth Lions last weekend.

“It was a bit of a start-stop year for us to get a bit of consistency,” Speir said.

“Beach have got talent all over the park and they’ve got good players.”

In team news, the Roosters will be without injured forward Brad Gibson – with Aaron Hodges and Jamison Riggs tasked with filling the WA State players’ boots. 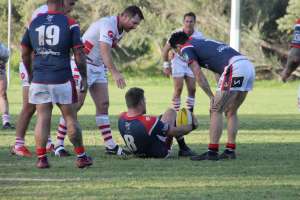 Brad Gibson picked up a season-ending injury in Round 15
Credit: Carmel Potter-Green

“The boys that are fit are here and they’ll be raring to go come Saturday,” Speir said.

“We’ll have a couple of young props on the bench – it’ll be their time to shine (in Gibson’s absence).”

The Sea Eagles, meanwhile, welcome back winger Brad Sharpham, who has been out since Round 10 through injury, with captain Trent Trotter also returning.

Please note that this game will not be lived streamed.