Roosters welcome back host of stars for Giants clash 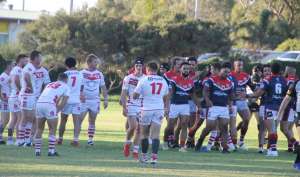 The Fremantle Roosters welcome back a heap of attacking talent for their game against the Joondalup Giants on Saturday
Credit: Carmel Potter-Green

The Fremantle Roosters have received a welcome boost ahead of their WA Smarter Than Smoking Round 7 clash against the Joondalup Giants with last year’s leading try scorer Manihera Eden returning to the fold.

Eden, who has been in his native country of New Zealand for the first six weeks of the season scored 22 tries in 15 games last year as the Roosters claimed their second-straight title.

Roosters Manager Zac Speir says he can’t wait to have the Kiwi centre back in his side.

“The kid’s a freak of nature and can play football.

“He’s put in a good pre-season and is looking really good.” 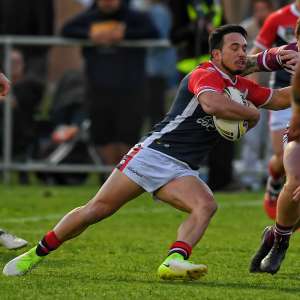 “They’re going to be dangerous this week,” Speir said.

“They’ve got a point to prove [after finishing second at the CAS Championships.]”

On the flipside, Fremantle will be without forward Mitch Kerr who will miss the rest of the season with a broken ankle while Tane Peakman and Alan Cowen will also be sidelined after picking up injuries during last week’s 16-14 win over the Ellenbrook Rabbitohs.

Their opponents, Joondalup, meanwhile, will hand a Premiership debut to utility Chase Murray, while former NRL player Lee Te Maari has retained his spot after making his season debut during last round’s 36-32 loss to the South Perth Lions.

Having lost their last two games, the Giants find themselves sitting outside the competition’s top four, but Speir says his team won’t be taking Gus Marshall’s men lightly.

“It’ll be a tough game against Joondalup – they’ve got a sizable pack,” Speir said.

“We expect a lot from the Joondalup Giants, but we’ll put our best foot forward and hopefully come away with the two points.”

In the other games around the grounds, the Ellenbrook Rabbitohs host the South Perth Lions, while the Rockingham Sharks travel to take on the Willagee Bears.