Sea Eagles and Lions battle it out for Grand Final spot 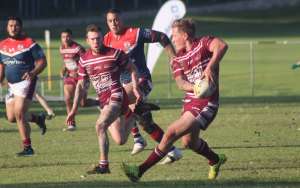 A spot in the 2019 WA Smarter Than Smoking Premiership is on the line when the North Beach Sea Eagles take on the South Perth Lions in Saturday’s Preliminary Final at Ken Allen Field (4.50pm kick-off).

There will be a sense of déjà vu on display come Saturday after both sides were involved in last year’s Preliminary Final at the same venue – a game which North Beach won 30-22.

Sea Eagles coach John Hough says last year’s success will not be on his side’s mind, however, as they chase a second consecutive Grand Final appearance.

“We’re going to push real hard to make sure we’re in the Grand Final next week,” Hough said.

“You can’t dwell on last year.

“It’s old newspaper now – you’ve got to focus on this week.”

Despite claiming the minor premiership, North Beach fell to a 28-26 loss to the Fremantle Roosters during last weekend’s Major Semi-Final.

“The effort was there, the execution was not quite,” Hough said of last weekend’s loss.

“We don’t have time to dwell on last week – that’s gone, we’ve got to focus on Saturday – it’s an Elimination Semi-Final.” 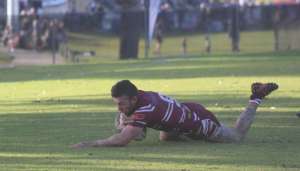 South Perth, meanwhile, come into the fixture in strong form having defeated the Ellenbrook Rabbitohs 42-14 in last weekend’s Elimination Final.

Led by the return of captain Eddie Proudler, the Lions were clinical – running in seven tries to keep their season alive.

“A big boost for them was Eddie Proudler coming back in a man of the match performance,” Hough said.

“Eddie’s a real danger with Isaac [Thomas], Greeny [Daniel Green], Kade McDonald at the back, Will Smith – they’ve got dangers all across the park and we’ve got to make sure we negate those and push those guys as hard as we can.” 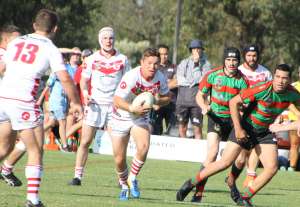 Hough acknowledges his side will go toe-to-toe with a full-strength South Perth side, but also admits his team are raring to go.

“We’re at the busiest end of the season – we recognise that and we need make sure we focus on them as well as ourselves,” Hough said.

“We’re pretty much at full strength as well – we are where we need to be at this end of the season.”

“It was great – he’s very experienced is Sharpy,” Hough said.

“He was solid in his first game back. I’m looking for a little bit more for him this week. “

The Lions, on the other hand, go in unchanged from the team who defeated the Rabbitohs – with skipper Proudler named alongside Harry Debique in the halves. 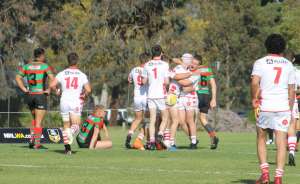 The game will kick-off at 4.50pm at Ken Allen Field.

A live stream will be available via Local Media Services Company.