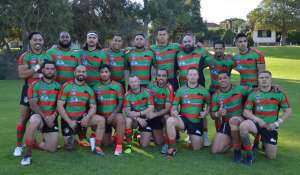 The Ellenbrook Rabbitohs had a successful debut season in the WA Smarter Than Smoking Premiership
Credit: Leanne Jeffries

2019 marked a year of firsts for the Ellenbrook Rabbitohs as they entered the WA Smarter Than Smoking Premiership scene.

Not only did the Rabbitohs secure their first ever Premiership win at the first attempt, they also booked their ticket to the finals in the first year.

Read on for NRL WA’s review of the Rabbitohs’ 2019 season.

Ellenbrook made finals in their inaugural season in the Premiership…that must mean something went right!

The Bunnies showed a ‘never give up’ attitude that served them well throughout the whole year. The team stuck together towards the pointy end of the season and got their just rewards for their efforts. 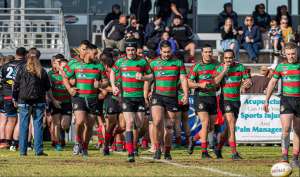 The Rabbitohs stuck together as a team in 2019
Credit: Rob Morrell

It’s fair to say the Rabbitohs left their finals surge late this year. A main reason for that was that they lacked that cutting edge and consistency to get over the line in close games throughout the early part of the season.

An injury to star halfback and coach Jarek Goebel threatened to derail the Bunnies’ season as they were forced to use eight different halves combinations.

Although it may be easy to say Ellenbrook’s debut win over the Willagee Bears was their most impressive game, we can’t look past their dramatic Round 14 win over the South Perth Lions to keep their finals hopes alive.

Needing a win to keep themselves in the hunt for finals footy in their inaugural season, the Bunnies left it late as Nga Joseph scored a try after the siren to secure a thrilling 26-22 win. 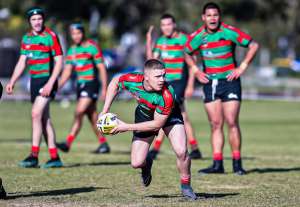 River Colman was the Rabbitohs’ best in 2019
Credit: Rob Morrell

Ellenbrook’s captain led from the front and then some in 2019.

If it weren’t for a certain player called Trent Trotter, you could argue Colman was the most impressive dummy half in the competition.

Playing at either #9 or #13, Colman put his body on the line each week for the Bunnies having joined from the Joondalup Giants during the offseason.