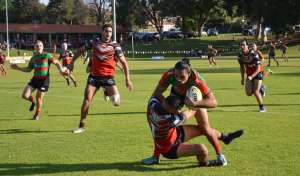 On paper, it was another tough year for the Willagee Bears in the WA Smarter Than Smoking Premiership with the team finishing bottom of the standings with a 0-12 record.

Week in, week out, the Bears showed heart and character as they went to battle each week, searching for that elusive win.

Although that win didn’t come this year, the team always put their best foot forward and came close to shocking some teams on numerous occasions.

At times, the Bears’ depth was tested due to injuries, resulting in a few one-sided scorelines.

Although the Bears gave the Joondalup Giants a fright in Rounds 1 and 8, it was nothing compared with the almighty scare they gave the Rockingham Sharks in Round 7.

The Bears, who led for much of the contest, could smell blood in the water, before the Sharks finished off strongly to claim a 36-22 win. 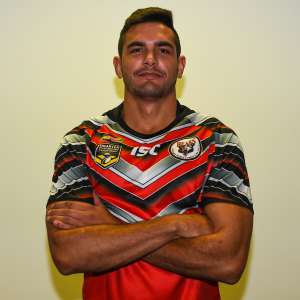 An imposing figure on the field, Aull played predominately in the back row in 2019 after starring on the wing and centres in 2017 and 2018.