Senior Men aiming for 10 in a row 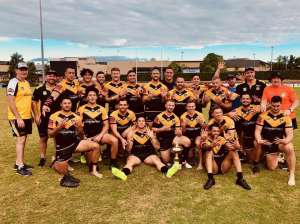 Not since the St George Dragons won 11 consecutive Premierships between 1956-1966 have we seen a rugby league team experience the same period of dominance as the current Western Australia state team.

In 2019, WA have the chance to edge closer to the Dragons’ milestone when they aim to complete a ‘Decade of Dominance’ at this week’s Combined Affiliated States (CAS) Championships.

Having won the last nine championships on the bounce, coach Darren Shaw says his side are still as determined than ever to keep the CAS title in WA.

“We won’t get too stressed about it [the milestone],” Shaw said.

“As long as do the little things right I’m sure we’ll maintain that record.”

In his second year at the helm, Shaw admits his side learnt a lot from last year’s tournament – where they retained the title on a countback despite losing their final game of the tournament to the Northern Territory 15-14.

“It was a good experience for me last year as my first time going to the tournament,” Shaw said.

“Being at the top we’re going to be looked at to try and get beaten so we need to be on our game.”

Shaw admits his side will have a target on their backs when they arrive in Darwin next week but believes the playing group are up to the challenge.

“It comes with the last nine years – all of the other teams want to beat us and someone wants to take over the mantle,” he said.

“We know people are coming to get us – the players are really looking forward to it and I’m sure they’ll accept that challenge.” 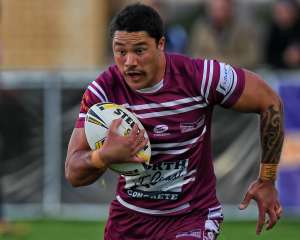 Kani Solomon is back in the WA State Team
Credit: Total Sports Photography

“We’ve got a mixture of youth – there’s a real good blend,” Shaw said.

“Our training sessions have been fantastic – everyone’s gelled really well.”

“I’ve known John personally for a number of years and he’s done a great job with [North] Beach,” Shaw said.

“Matty’s been away as a player and knows the other side of the coin and knows the balance between work and downtime to get us ready for the game.”

WA fly out to Darwin on Thursday 6th June before getting their campaign underway against Victoria the following day.

All the games will be played at Marrara Stadium in Darwin.