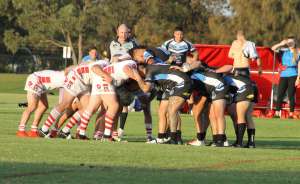 The South Perth Lions and Rockingham Sharks will square off in WA Smarter Than Smoking Premiership Round 8 action
Credit: Carmel Potter-Green

The South Perth Lions will be looking to secure a third-straight WA Smarter Than Smoking Premiership win when they travel to take on the Rockingham Sharks at Rockingham Mazda Arena on Saturday.

Winners of their past two games, 30-22 over the Ellenbrook Rabbitohs and 36-32 over the Joondalup Giants, the Lions have the chance to solidify their spot in the competition’s top four with a win over the Sharks.

Rockingham won’t lie down easily, however, and will be buoyed by a tight 36-22 come-from-behind win over the Willagee Bears in Round 7 – a result which secured just their second win of the season.

In team news, the Lions welcome back Will Smith and Eddie Proudler after the duo represented South Africa against the Cook Island last weekend, while forward Dylan Estreich will make his second Premiership appearance. 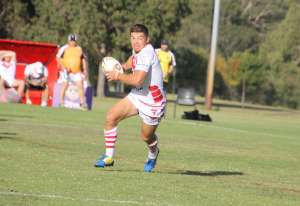 The game will also mark Smith, Connor Hudson and Brandon Wright’s first games back in Rockingham since making the switch to South Perth during the offseason.

The Sharks, meanwhile, will be without the injured Andrew Jeffery who suffered a broken ankle against the Bears.

Rockingham will be boosted by the inclusions of centre Daniel Goodwin and forward Juven Tupou who made successful Premiership debuts against Willagee.

In the competition’s other game, Joondalup will look to snap a three-game losing streak when they travel south to take on Willagee at Hartfield Reserve in Forrestfield.