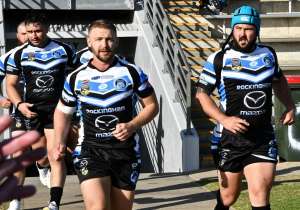 The Rockingham Sharks will look to record their first win of the season on Saturday
Credit: Nancye Perrin

Rockingham Sharks coach Dave Tito says his side are not letting their heads slip despite a slow start to the WA Smarter Than Smoking Premiership season.

The Sharks are winless through their first two games of the new campaign, but Tito insists he is remaining upbeat.

“At the end of the day it’s only Round Two,” Tito said.

“There’s plenty of time to work on things.”

“It was very disappointing – everyone was hurting,” Tito said.

“Hopefully last week was the worst of it all and we continue to get better.

“I’m hoping for a much better performance on Saturday.”

Things won’t get any easier for Rockingham, however, as they travel to take on an Ellenbrook Rabbitohs side buoyed by a first-up 54-4 win over the Willagee Bears.

The Rabbitohs were dominant – scoring 12 tries in their Premiership debut, leaving Tito wary of their strike-power.

“I have a feeling they’re going to come at us hard through the middle and use the edges.

“They have a strike weapon outside in Kade Pearce so we’re looking to nullify him.”

In team news, the Sharks have recalled English halfback Jack Wray from Reserve Grade, while Luke Hughes and Robbie Smith also slot in at the expense of the injured quartet of Logan Barclay, John Taituhu, Dario Papalli and Josh Bransby. 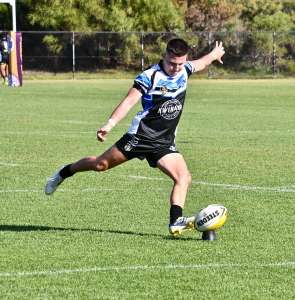 Despite leading Rockingham with 134 Premiership points last season, Wray started the new season in Reserve Grade, with Tito confident the former Hull junior can make an impact in his return to the top level.

“We’re looking to him to bring that energy and excitement back to First Grade and get our boys going forward and hopefully be able to put on some points,” Tito said.

Ellenbrook, meanwhile, have made a pair of changes, with Carlos Waretini and Christopher Finau coming in for Chris Tongi and the injured Jesse Rihari.

In other games, the South Perth Lions and North Beach Sea Eagles put their unbeaten starts to the season on the line when they square off at George Burnett Park, while the Fremantle Roosters host the Willagee Bears.

The Joondalup Giants have the bye. 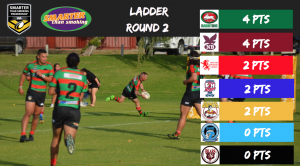