As the NRL WA itself celebrates 75 years in existence, there are still two clubs around from those humble beginnings.
These are the Fremantle Roosters. And the South Perth Lions.

South Perth are one of the four original pillars that the game of rugby league was built on in Western Australia, with their home ground at George Burnett Park, Karawara one of the long time rugby league venues.

With notable juniors such as Jon Grieve, Jon Green, Bronx and Bryson Goodwin, and Cory Paterson in their history going on to play in the NRL, it has opened the door to the new generation of stars such as Kurt De Luis and Kennedy Cherrington.

20 First Grade Premierships. 15 Ken Allen Medallists.
Not to mention a guy who has played 300 First Grade games in Isaac Thomas.
The history of the club is amazing.

And the South Perth Rugby League Club are celebrating their birthday with a 75 Celebration party, which is going to be held during Round 15 of the Fuel To Go & Play Premiership.

From the 11th-14th August, there will be multiple events for those wishing to take part.
See the below poster for more information or click here.
Congratulations to the South Perth Lions and Happy Birthday from all of us at NRL WA! 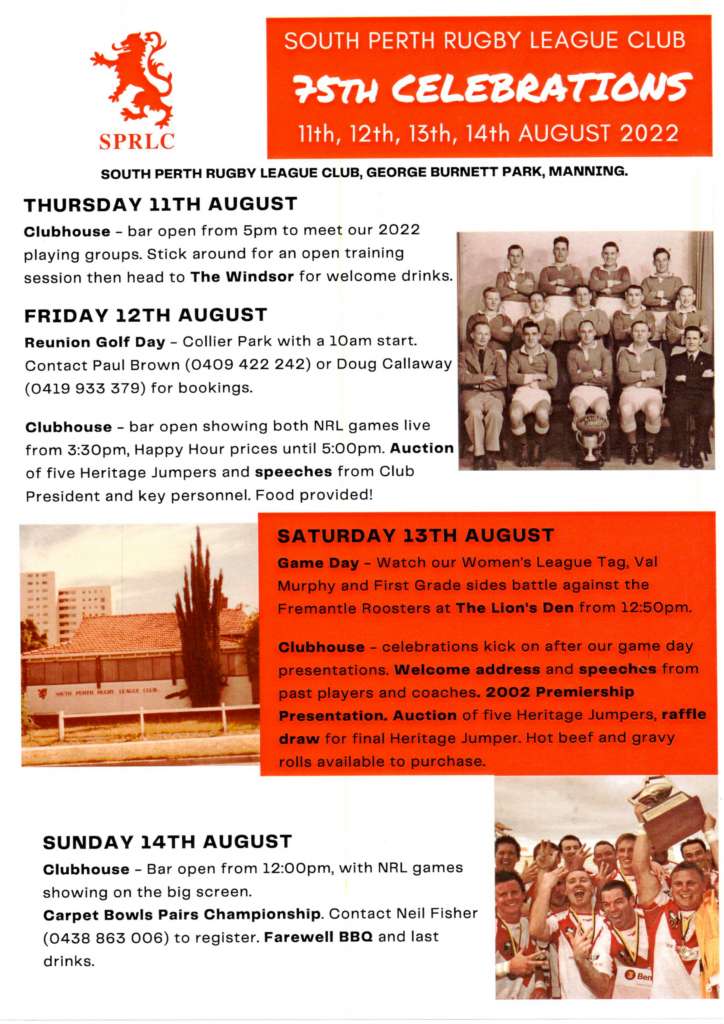 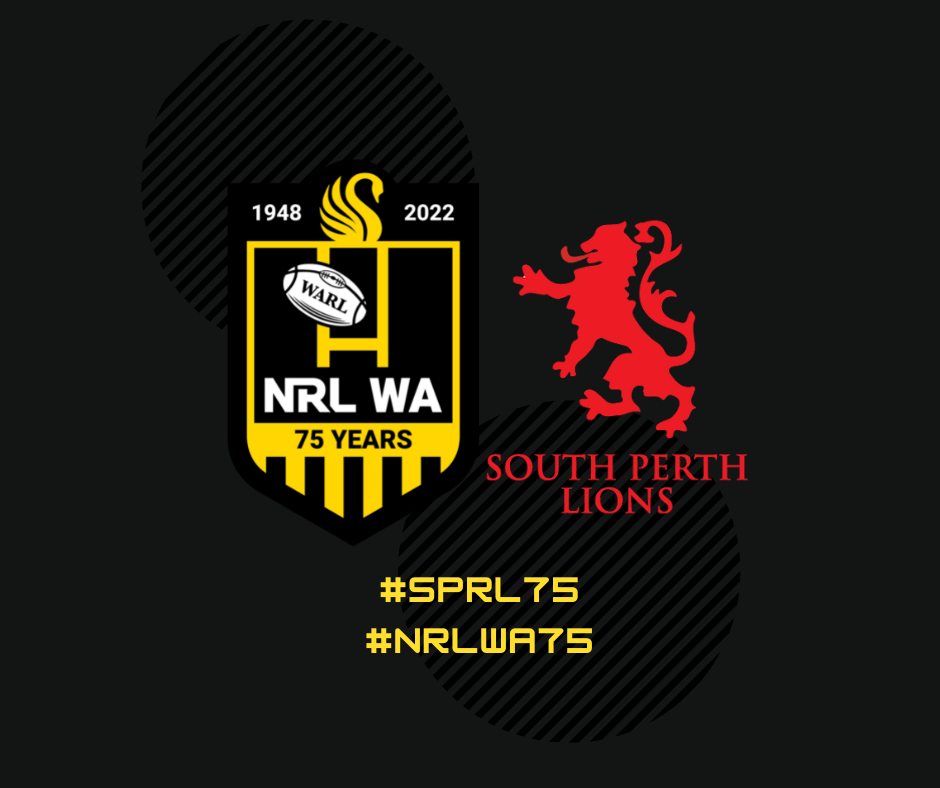