This week’s feature goose step… Josh Benjamin!
Send in photos of your favourite stepper’s to creedy@nrl.com.au to be our feature player.

REVIEW
Friday Night – All Flags Signs & Banners Women’s Premiership
Joondalup Giants reaffirmed their premiership favouritism, storming to the top of the standings with a 36-0 victory over the North Beach Sea Eagles in our Cash Converters Game Of The Round. The brave Sea Eagles were no match for an Anneka Stephens led Giants outfit, but as Emysen Robinson said post match, the first year ladies are looking to keep building for the future. Valuese Tiakia was particularly impressive in the halves, after her starring role in the back row two weeks ago against the defending champs.
Ellenbrook Rabbitohs hit back to form with a 14-4 victory over previous ladder leaders South Perth Lions. The Lions, who have had an extended break, due to forfeits and byes, were a bit short of a gallop, but were gallant in the loss, with Melissa Thomas particularly impressive off a back to the future performance at National Championships. The Rabbitohs, while not perfect, showed they are still a force to be reckoned with, off the back of some dynamic play from hooker/fullback Paihau Pomare.
Willagee Bears got their first win of the season, 14-12 over a lacklustre Rockingham Sharks team. The Sharks, who would have come into this game looking to jump into the top 4, were ambushed by a Cheyenne Campbell led Willagee team. Boosted by some late injections, including first timer Kaycee Yeates from the Mandurah Storm, the Bears would be a force to be reckoned with as the season moves forward.

Saturday
Admiral Park
Joondalup Giants Premiership finally got on the board for 2021, with a late try securing victory over the North Beach Sea Eagles, 20-18. While they did it the hard way in the Consolidated Energy Key Game, Joondalup had a huge portion of the ball on the North Beach try line in the second half and almost didn’t come away with the spoils. With Joondalup scoring a late try through Hemi Kani, North Beach had a penalty from 40 metres out to tie the game, but chose to kick for touch. They had one final crack at the Joondalup line, but the ball went to ground. North Beach can take solace out of the fact, they turned away the Giants repeatedly in the second half, but while brave, will consider the game one that got away.
While commentating I did notice Cairo Takarangi has taken his angry comedian pills so someone might have to stop his pre-workout before games. Tye Saus was huge for the Sea Eagles on the other hand, repeatedly coming up with big carries and defensive stops. On the other side, Lee Te Maari and Brad Sparrow both owe 10 minutes worth of running at training, both wanting to sit next to the timekeeper for a break at different stages, while Josh Benjamin decided he wanted to see what the fuss was all about and joined them. Luckily for the Giants, Taurean Sheehan put in another Giant performance, playing the full 80 minutes in the middle, and wracking up another immense stat line. Sign him up for your NRL Fantasy and Supercoach teams now fellas.
In lower grade news, North Beach’s other first grade team swept away the Joondalup Giants Reserve Grade side 32-0. While close for 20 minutes, the Sea Eagles juggernaut was not to be denied and duly ran away with the game. Ellenbrook Rabbitohs spoiled the Sea Eagle party in Val Murphy Trophy, scoring on the buzzer and winning 20-16 courtesy of a Daniel Hohepa try. And in the U18s, a top notch performance from Ryan Woolley earnt the Sea Eagles a draw against a star studded South Perth Lions, the score finishing 16-16.
In Women’s League Tag, the Rabbitohs prevailed over the Willagee Bears 36-0, in a game that resembled a tackle fixture at different stages, with the Grey sisters needing to be constantly reminded about contact. And in a titanic battle, the Sea Eagles prevailed 12-10 over the Giants. A huge defensive performance from Shenae Gilmore-Spence, wasn’t enough to stop an inspired performance from a Charmondelae Whaanga led North Beach Side.

Kwinana Local Stadium
Fremantle Roosters stamped their credentials as title contenders, with a comprehensive 28-8 victory over the Rockingham Sharks. The Sharks, fielding a very different looking side to last year’s grand final, are still struggling to find their combinations and blooding a number of first time players. While the Roosters welcomed back Manihera Eden and Tamaho Teirney, Eden duly last 5 minutes before succumbing to a hamstring injury and, quoting a Fremantle supporter, “wasting a sub”. Tuakana Rangihaeata won player of the day and was presented with a special indigenous ball from the Fremantle faithful, which was actually lost by coaching coordinator Ryan Foster in the week leading up to the game. Thank you to the trusting and loyal dog walkers from Ken Allen field. Rockingham Sharks makeshift half Andrew Jeffrey is visibly frustrated playing wider, but continues to play well above his weight and urge his team forward. Will be interesting to see where the Sharks go moving forward.
In reserve grade the Roosters took care of business, claiming victory over the Sharks. Both sides are struggling a bit for numbers, but in what was a entertaining contest, the Freo boys were slightly to sharp for their Rocky counterparts. To wrap up a good day for the Roosters, the Women’s League Tag girls saluted with a 26-4 victory over the home town Sharks. Looking to return to the form which saw the Fremantle ladies the premiership favorites year after year, they have started to find a little bit of momentum.

Hartfield Park
Alkimos Tigers stamped themselves as Val Murphy Trophy favourites, with a commanding victory over the Mandurah Storm 38-12. While the Storm were missing a few regulars, they still are the most improved side in the competition and the question beckons, “Who will be the Storms first scalp?”.
And in a mini revival of sorts, the Kalamunda Bulldogs outlasted the South Perth Lions 16-12. In what was described as a rough and tumble game, the Bulldogs led by the ever shining head of Robert Sharpe, kept the Lions on the slide. Matty Pora and co will need to come up with some answers this week against the Tigers.
In WLT, the Tigers shutout the Storm, 38-0 and the Lions kept themselves in the box seat with a 48-0 victory over the Bulldogs.

North West Cup – Round 02
In the Pilbara, all roads lead to Marie Marland Reserve, South Hedland, where the South Hedland Cougars host teams and players from across the North West in juniors and senior footy. The main game, between the Cougars and the Tom Price Steelers, promises to be a cracking contest, with the Cougars boys playing a free flowing expansive footy, versus the forward dominant Steeler’s style. If your anywhere near the game, you’ll hear the rough and tumble of great rugby league.

All Flags Signs & Banners Women’s Rugby League Premiership
Ellenbrook Rabbitohs host newcomers Kalamunda Bulldogs at home. In what will be a tough assignment for the Kalamunda side, expect the Rabbitohs to show no mercy in front of the hometown faithful.
Joondalup Giants play the South Perth Lions at Ellenbrook. South Perth have another test of the premiership credentials here, with Cherysh Leaf and Adalaide Faamausili Fala going head to head in the forwards with Chanelle Edwards and Ese Tiakia.

And in the Cash Converters Game of the round, North Beach Sea Eagles take on the Willagee Bears at Blueforce Park. Targeting this game as a possible first win for the Sea Eagles, look for them to use their speed up against the obvious power game contained by the Bears.

Fuel to Go & Play Premiership
In this weeks  Consolidated Energy Key Game, the Fremantle Roosters host the South Perth Lions, in a 1st vs 2nd place match. In what should be an incredibly close contest, the unbeaten South Perth Lions will be looking for a huge defensive effort to withstand the attacking flair of the Delane Edwards coached, Fremantle Roosters. In a battle of young halves, Southern Pride team mates Luke-David Wells-Talamavaio and Tuakana Rangihaeata face off in what could be a match defining battle.

The Rockingham Sharks also host the Joondalup Giants in a rematch of last years Grand Final, with the loser being anchored to the bottom of the table. While not desperate, the team who loses this game faces an uphill battle to regain that all important 4th spot on the ladder. Watch for the battle of the fullbacks, with young gun Tyler Hunt facing off against elder statesman Jeremy Browne, who played himself back into form with a great performance for the Giants last week. 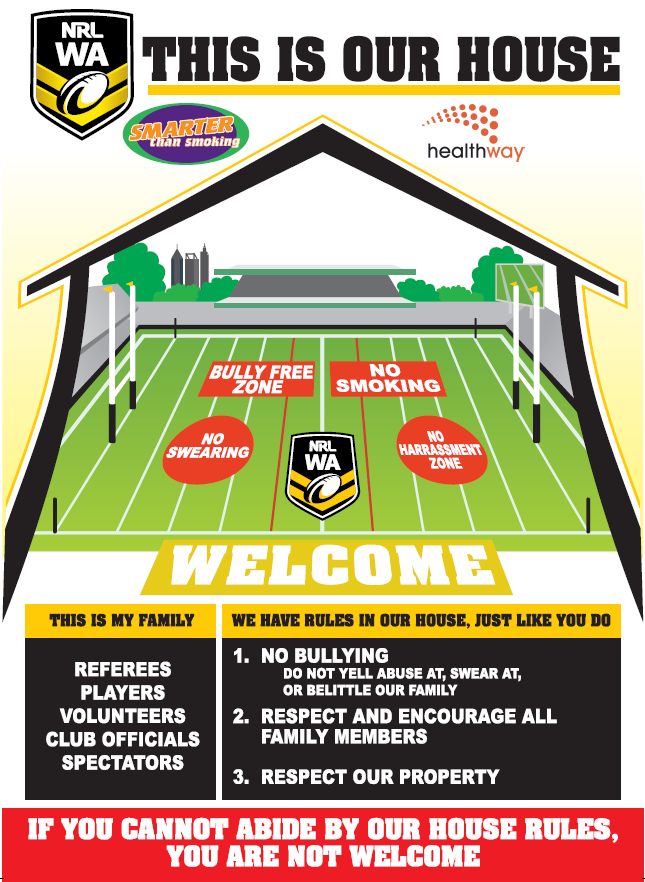 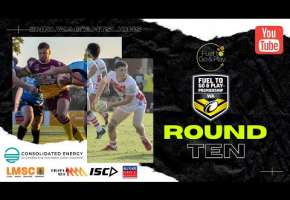