For one side its been 20 years. For the other, it’s a third chance at that elusive maiden premiership. And its all come down to 80 minutes to prove who wants it more. Neither side made the finals last year, and both sides went back to the drawing board in the off season and with all the noise, distractions and obstacles that have happened this year, here we are.

The Joondalup Giants raced to the top of the leader board this year and while stumbling at a couple of stages, have been the heavy favourites in their 30th anniversary year. A new coaching team, a new attitude and new values up north have turned the Giants into a what was an underachieving club into a powerhouse this season. Top to bottom, women’s and men’s, the results were there for all to see. Although the other grades fell at the preliminary hurdles, the Premiership side is bursting with confidence and got the week off in a dominant victory over the Lions 2 weeks ago.  With some new pieces in this year, and some veterans in the shape of their life, the Giants know the job is not done yet, and will be putting everything into this weekend.

The Rockingham Sharks have made this grand final on the back of one core principal. Belief. Surprising the Roosters and shocking the Lions, you would be a brave person to write the Sharks off in the big one. They are brimming with confidence, and have zero fear of playing from behind. A proud club, they are crying out for their first premiership in the top grade since their inception, and this group of wily veterans and fearless youngsters will throw everything they have at the Giants to get it done. People always say that in the finals, the competition starts again, and the Shark’s attitude in the finals has reflected this. They don’t care that they are underdogs. They are ready.

During the season, these teams met twice, and both times the Giants were handy victors 40-20 in round 4 and 28-0 in round 9. But as I said earlier, this is a completely different ball game, and everything is up for grabs in the grand final.  Lets hope the weather gods are kind and we can have an amazing game of footy to finish out the 2020 season. 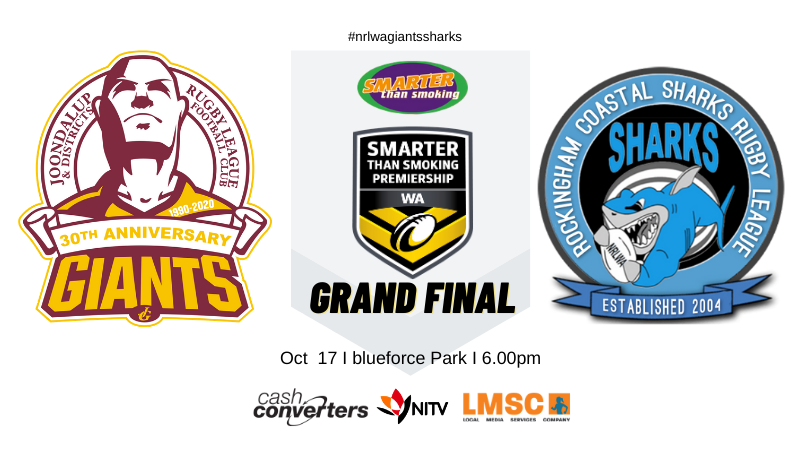