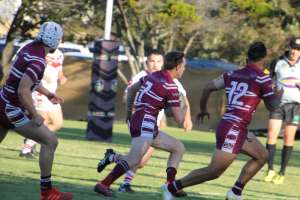 Trailing 18-20 heading into the final minute, Wallace punted the ball forward from inside his own half before beating Billy Judge and the ball to the dead-ball line to dot down and send North Beach into a second successive Grand Final.

The Sea Eagles will now take on the Fremantle Roosters in a rematch of last year’s big dance.

“We’ve worked hard all season to make it to the big dance,” Wallace said.

With both sides putting everything on the line for a spot in the Grand Final, it was South Perth who started the brightest as winger Connor Hudson came close to opening the scoring on 19 minutes but was run down by Wallace just short of the try-line.

A Harry Debique penalty goal broke the deadlock three minutes later before Lions centre Ben Grace scored the first try of the game – capitalising on a handling error from Sea Eagles winger Brad Sharpham to touch down in the corner.

Things got worse for North Beach just before half-time as back-rower Josh Benjamin picked up a game-ending head-knock after a collision with Will Smith.

Down 12-0 and with their season on the line, the Sea Eagles charged out of the gates to start the second half as skipper Trent Trotter set up forward Tayla McGregor who spun out of two tackles before scoring.

Trotter then got his name on the scoresheet as he broke through the heart of the Lions defence before linking up with Jayden De Vorms to lock the scores up at 12-12. 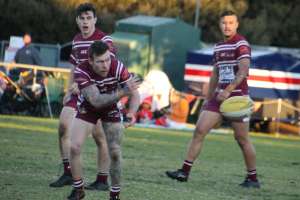 With momentum completely on their side, the Sea Eagles grabbed their first lead of the game on the hour-mark as Trotter darted out of dummy half to cross.

Cairo Takarangi converted to give North Beach an 18-12 lead.

Having found themselves behind for the first time in the contest, the Lions responded in dramatic fashion as Isaac Thomas scored off the back of a scrum eight minutes from time.

In the aftermath of the try, North Beach’s Kristian Willams and South Perth’s Connor Hudson were sent off, while McGregor was sin-binned as the Lions were awarded an eight-point try to take a 20-18 lead.

Down to 11 men and needing a miracle, up-stepped Wallace for the Sea Eagles who punted the ball 60 metres before out-running the whole of the Lions team to dot down in a dramatic ending to the game. 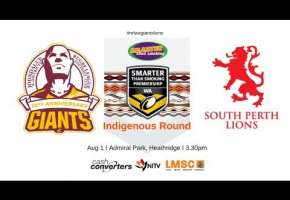 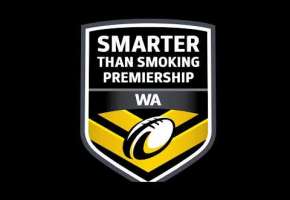 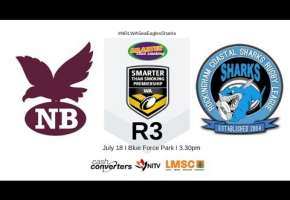