The City of Melville Council gave the green light for a $1.48 million upgrade of the Webber Reserve clubrooms at an Ordinary Meeting of Council on Tuesday, 18 February, 2020.

The upgrades include refurbishment of existing change rooms, clubrooms and public toilets, as well as the construction of a modular change room building with universal access to the oval.

“The current facility was constructed in 1981 and other than some minor maintenance throughout the years has not had any significant upgrades,” said Mayor Gear.

“During this time there has been an increase in female participation in sports, especially at Webber Reserve, the home of the Willagee Bears Rugby League which has a number of junior and senior teams, including a growing number of female teams.

“These upgrades will bring the facility up to today’s standards, ensuring it is fit-for-purpose and caters for the growing number of sports teams, particularly female teams, who use the space.

“Encouraging healthy lifestyles is a significant priority for us as a City and we look forward to seeing these works commence.”

The project is being fully-funded by the City through its capital works program and is the first of a 20-year, $12.7 million program to upgrade all of the City’s change room facilities to improve capacity and functionality to meet current and future community needs.

Prioritisation for renewal was decided by the facility’s condition and usage, with an emphasis on improving universal access and female participation.

For more information on the project, visit www.melvillecity.com.au/webberreserveupgrade. 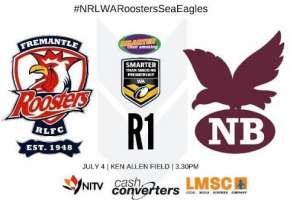