Well Hawaiki Roa finally got the job done and took home their first Fuel to Go & Play NRL WA Harmony Cup title, over a gallant underdog Vaine Tumanava (Cook Islands) side, winning the final 14-4. In what was a great tournament for the Cook Island ladies, who were a great story this year, they fell to a star powered Roa team who were into their third final in a row.

And although there were many players who could be picked in both sides from all the women’s teams the votes and opinions have been tallied and would like to present the fuel to Go & Play NRL WA Harmony Cup 5 women’s team of the tournament.

The women’s side, is a brilliant mix of speed, strength and skill, and is a testament to the balance we have between veteran talent and amazing young players coming through the game here in WA.

Coach – Morgan Leef – Vaine Tumanava – Cook Islands
With a competition that contained the star power of Hawaiki Roa, RLSWA and the Pikiao Warriors new recruits, for the Cook Islands to reach the final is a huge achievement. A former power in our competition, the Cook Islands community rallied around their ladies team this year and they went within a whisker of winning a title on the back of Morgan’s steady nurturing approach. A great servant to his community, he sent his charges against the best this year and was a super proud coach at the end, and vowed to be back next time.

Congratulations to all the above, but this list could have been 40 players long. Well done to all who did partake in the weekend, and looking forward to another huge Harmony Cup 6. 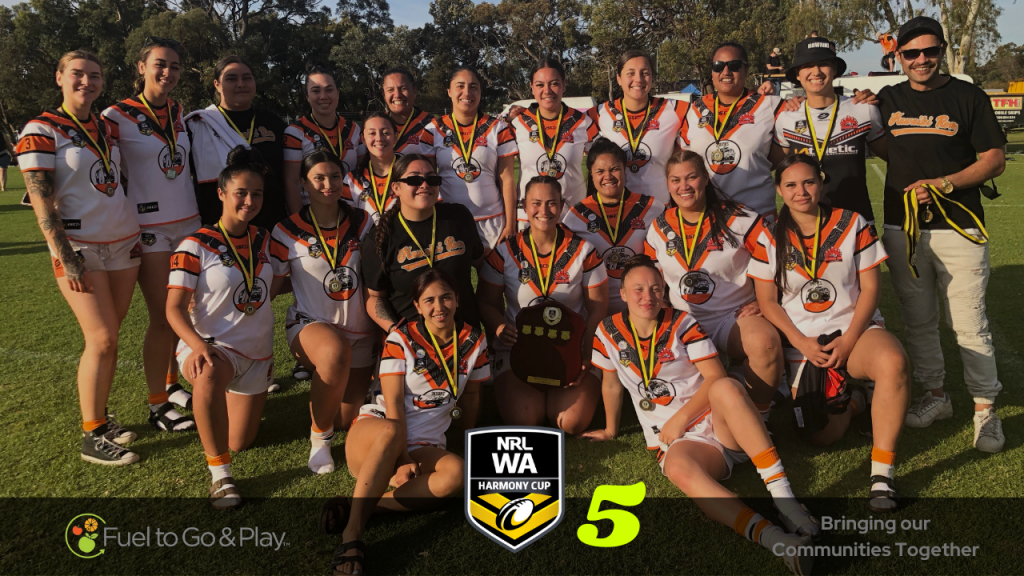