12 months later and we are back!
Last time these two teams met on Grand Final day, the Rabbitohs put on a dominant performance and shut out any hope of a Roosters victory early in the piece.

But a lot has changed in just over 12 months. The Roosters, who were the great improvers last year coming from 3rd to make the grand final, were immense in the regular season. With many ladies remaining from last years team, they managed to add some attacking fire power with touch football dynamos Rheanna and Jenaya Quan. And with this added injection, they stormed to a minor premiership, and managed to outlast the Rabbitohs in adverse conditions 6-4 in the major semi final to get the week off. The Roosters will be hoping that conditions do not repeat themselves, as their fast flowing expansive style would love a nice fast track at North Beach today.

Standing in the Roosters way to go better, is the female juggernaut that is the Ellenbrook Rabbitohs. When it comes to tackle rugby league in Western Australia, Ellenbrook have been the dominant force for the last 3 years, and they are eyeing off a 3-peat to assert their dominance yet again. While they are missing some notable players, they too have picked up some massive inclusions. With their star code converts Trilleen Pomare and Ariana Hira, and NSW U18s star Tiana Graham back in the fold, the Rabbitohs have got some true star power, and these players asserted their status in last weeks 28-10 victory over a brave Giants side.

In the regular season this year the teams actually met 3 times, with the teams splitting the results one a piece and the “sprinkler” game forcing a draw in the other contest. Take into account the 6-4 semi final which was decided by a conversion, almost nothing separate’s these two teams, but the question remains. When the games on the line, can Fremantle’s young fearless group knuckle down and go with the experience and poise that we know Ellenbrook possess.

Will we see a new name on the Women’s premiership trophy? Or will the Rabbitohs do what they have always done, and just roll on to victory? Arguably the game of the day, strap in and get ready for a gripping contest. 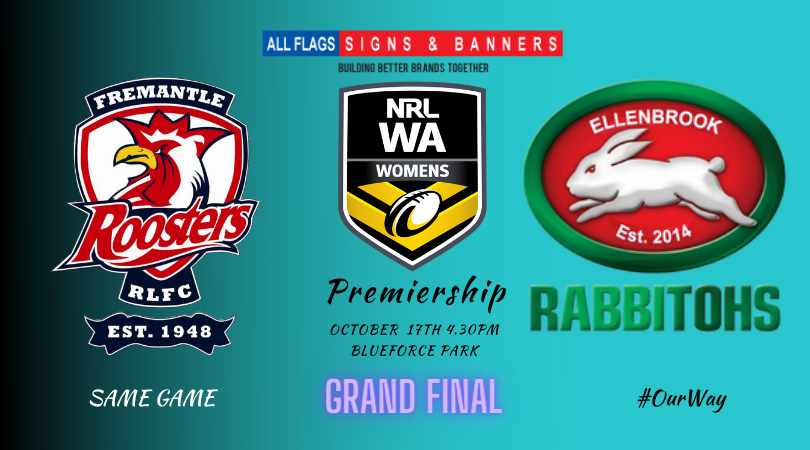